The 12-year-old Glenmorangie Quinta Ruban single malt was initially released in 2010 and has since become a popular choice for whisky fans across the globe.

This particular bottle is described as the darkest and most intense whisky in the Glenmorangie extra-matured range. Glenmorangie Quinta Ruban has spent 10 years maturing in American white oak casks, before being transferred into specially selected ruby port pipes from the Quintas or wine estates of Portugal. 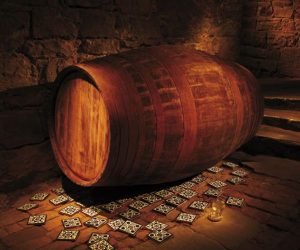 Extra maturation in these port pipes develops Quinta Ruban into a voluptuous spirit with a complex balance of sweet and dry flavours and an intriguing contrast of smooth and crisp, cooling textures. These concluding 2 years provide the whisky with a deep red or mahogany colour.

At 46% ABV the Glenmorangie Quinta Ruban bottle is stronger than the standard Glenmorangie bottle (40% ABV) from the distillery. It will also cost you a slight premium at £45-55 per bottle depending on the source. I would recommend Master of Malt for the cheapest price at the time of writing. 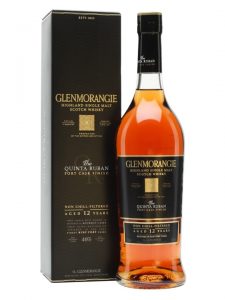 Glenmorangie has been the biggest selling whisky for nearly the last 40 years in Scotland. This led the distillery to be bought out by luxury retail group LVMH for a reported £300 million in 2004. Since then the Glenmorangie brand has had more of a European tone to its marketing. With new premium ranges named the Nectar D’Or, Lasanta and Quinta Ruban.

This has steered some whisky connoisseurs to be a bit snobbish about this particular bottle. The reason being this bottle does not come from the heart of the distillery which was established in the Scottish Highlands in 1843.

Nonetheless, I would still recommend the Glenmorangie Quinta Ruban 12-year-old single malt as a great choice for whisky enthusiasts. Furthermore, I can confirm this bottle will make a good gift as I was very pleased when I received this for my birthday.